this week has been kind of sketchy for me.  a couple of different times at work i had to pretend like i wasn’t crazy.  an incident occurred where another person’s sanity – or more accurately, INsanity – was exposed and people were talking about it.  about HER.  a woman alone, by herself, talking in two distinctive voices.  this seemed to rattle the mental cages of several people around me, which i guess is pretty understandable.  most people don’t have multiple voices that they use interchangeably.

but i can relate.  that woman probably (surely) had multiple personalities, as do i.  and the people that were freaking out about the whole situation work with me every day.  if they knew I had multiple personalities, is this how they would behave?  make fun of me?  laugh about my oddness?  run around and tell everyone else at work that i was crazy?

i kind of think the truth of the matter is that most people don’t know a person with MPD.  or they don’t KNOW that they know someone.  i guess it’s fairly rare.  or at least, maybe lots of people have it but they don’t know it cause they can’t afford treatment.  a lot of therapists aren’t trained specifically for this area of mental health, and finding a good shrink/therapist is hard for us MPD’ers to do.  it’s not like trying to find a good dentist; there just aren’t that many people out there who have treated Multiples, let alone specialize in this area.  and then there is the cost issue.  so if you don’t have awesome Canadian medical insurance, you may not be able to afford to be told you are a nutball.

anyway, with people kind of making fun of this “crazy” throughout the week, it was hard on me.  i felt shame.  embarrassment.  i felt fearful.  i was jittery and switchy and had a hard time controlling my body.  i wanted to run away and hide.  because it isn’t easy being a Multiple, and it isn’t socially acceptable. 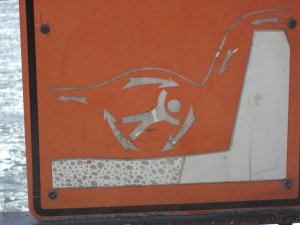 and that sucks.  because those of us that have this condition have it because once upon a time, we were scared shitless and couldn’t do anything about whatever we were scared of.  so we ran away to another part of our minds and created different worlds, people, languages and memories.

we aren’t scary monsters that need to be locked away in a dungeon.

we aren’t contagious and about to spread our ill on mankind.

we aren’t wicked cast offs from the fiery pit of hell spawned by Satan as a curse on the head of mortal man.

we’re just…many.  many of us in one body.  we’re just people.  and little.  and scared.

Posted in mess of life, MPD, the dark side